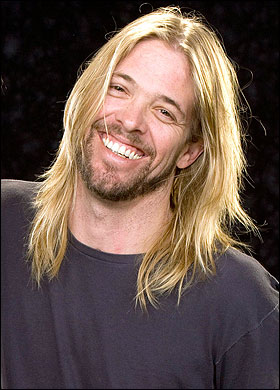 He can look greasy as well. Mostly known as a drummer…

For the Foo Fighters…

Who looks rightfully disturbing with cleavage.

The man has logged in over two decades providing the percussion section for the four-time Grammy winning band, so success has long ago been achieved by any measurement.

But like any true artist, success does not breed complacency, so stretching out further than his previous side project bands like Coattail Riders and Birds of Satan, he has released his first solo effort under the title of “Kota”. 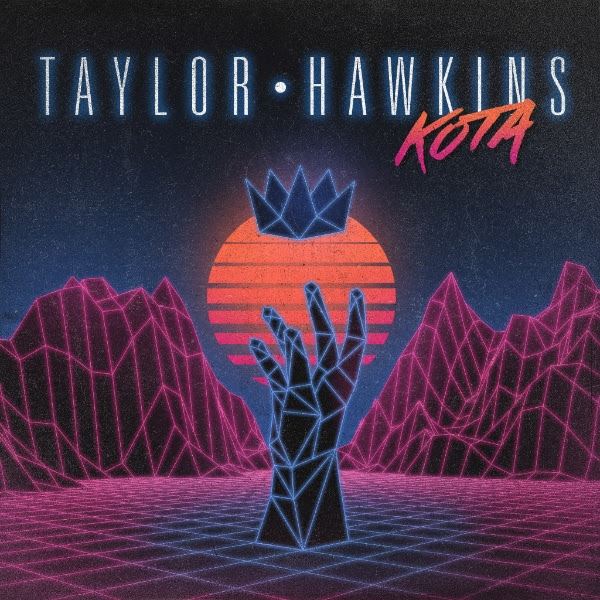 It’s a six song EP that challenges the listener to try and figure out if Taylor is lost in a nostalgic revamping of radio pop rock tunes of his youth, or laughing at how hard some of that era tried to be ‘serious’ while completely coming off tragically comic. Mired in that weird era between 70s guitar rock opera and new wave early 80’s punk, the album teases like The Knack kick-starting a Bay City Rollers drug binge.

This visuals on the opening track, ‘Range Rover Bitch’ capture this inside joke/homage to a time before cable access transitioned musical culture from the radio to TV.

And on the song itself: “‘Range Rover Bitch’ came from the fact that I live in Calabasas,” said Hawkins. “I live in the neighborhood where the Kardashians live. I look around at my life, and outside of being onstage and all the wonderful crazy fucking shit that we get to do as a band, I lead a very normal life. I have three kids, a wife and we have a date night every week. … So I look around and think how I never ever thought that picking up this pair of drumsticks would make me one of these well-to-do adults. (Laughing) I’m looking around going, ‘Look at these idiots, and how did I become one of them?'”

Get your retro rocking with ‘Range Rover Bitch’…